Our family has been making hot, fresh prepared horseradish for a long time, but not nearly as long as the world has been enjoying this delicious and versatile herb. Horseradish “Armoracia Rusticana” is part of the mustard (brassica) family and can trace its presence in food history to before the time of Christ. Ancient Mediterranean cultures used horseradish both as medicine and in their food. In fact, in Greek mythology the Delphic Oracle told Apollo, the son of Zeus, that horseradish was worth its wait in gold. Horseradish is used as ‘the bitter root’ in many seder dinners during the Jewish celebration of Passover. Most horseradish enthusiasts today use it as a condiment either by itself or mixed with other ingredients such as cream cheese, mayonnaise and jelly.

Horseradish originated in southeastern Europe and was initially referred to as ‘red cole’ by the British and ‘meer rettich’ (which is translated ‘sea radish’ in English) by Germans. Horseradish came upon its current name when the English began to pronounce ‘meer rettich’ as ‘mare radish’, and over time the word ‘mare’ was replaced by the word ‘horse’ giving way to the root’s current name ‘horseradish’. 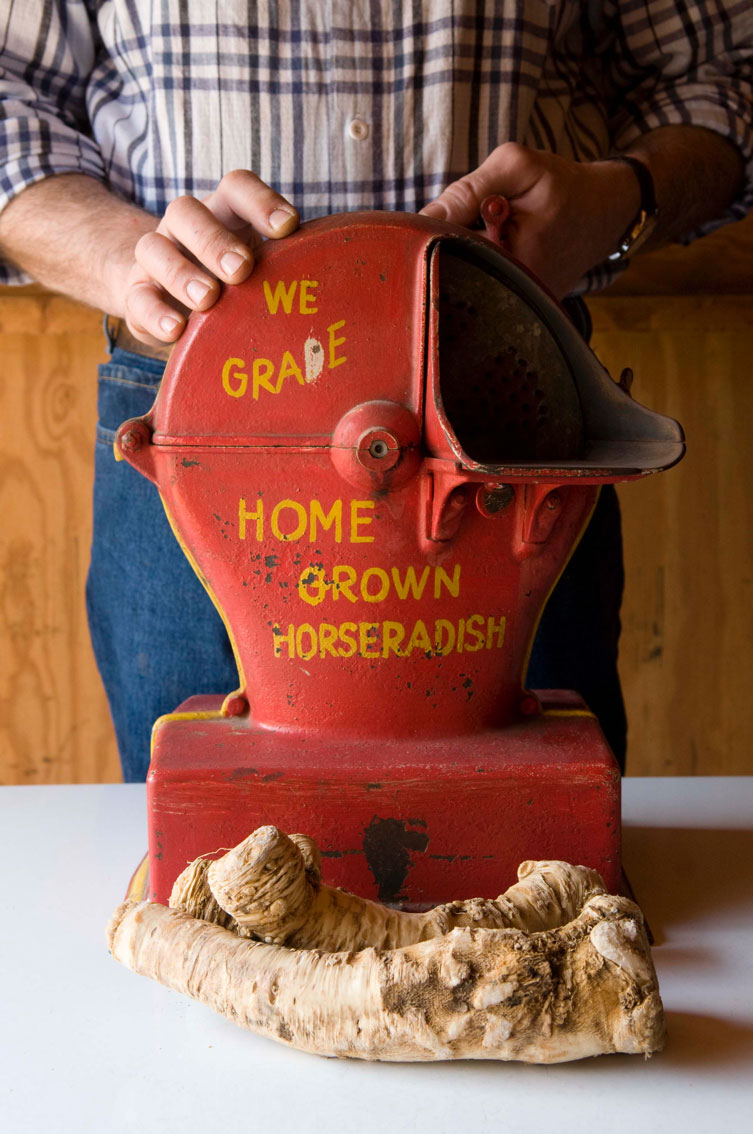